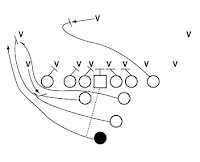 I've got to express some appreciation to Blanche Lincoln for stepping up on the bank regulation bill. (Not to be impolite, but thanks to you too Bill Halter. You and Joe Sestak have taught me some lessons.) I'm not yet seeing how this worry from Ezra applies to the situation:

By making a strong bill more credible, Lincoln's proposal might make a bill less likely. Democrats will have a harder time conceding on the issue and Wall Street money will flood in to make sure that Republicans hold the line. Given that this bill needs 60 to pass, that makes the math a lot tougher. Wall Street might shudder. But it's not yet clear that it needs to be scared.

So let's say that Lincoln's derivatives regulation pushes things leftwards and we don't have enough votes. What happens then? Well, some centrist guy or Maine gal steps up and offers support for the legislation if it's compromised. The leadership cuts a deal. And in the end, the centrists probably would've pulled the bill the same distance rightward whether we started with a weaker bill or a Blanched-up stronger bill.

I don't see any reason to think of Senate centrists as having detailed pre-set policy preferences on bank regulation that we could totally run afoul of if we go too far left. After all, I haven't seen evidence that they have detailed pre-set policy preferences on much of anything, especially complicated stuff like this. They just want everyone to see them wearing the centrist hat. So they get their centrist hattery and we end up with a stronger bill than we would've had without Blanche Lincoln stepping up.

Even if the above analysis is wrong, I'm sympathetic to the Krugman / Yglesias position that this is an issue where we can afford to take a hard line and end up not passing anything. Take a clear and strong stand against the banks, and if you go down swinging, people will at least know you were on the right side. Policywise, you need to pass a strong bill before the next financial crisis sets itself up, and a weak bill now doesn't help that much. While we won't get the current Senate numbers we've got for a long time yet, one might hold out hope for a reformed Senate in 2017 and 55-vote passage under the Sebelius administration, or whatever.
Posted by Neil Sinhababu at 4/16/2010 01:15:00 AM

I'm in favor of more moves like this before the election because it strips away any pretense of populism that Republicans might have. It might also give Lincoln (or even Halter) a fighting chance in the Arkansas election.

I actually have been working a lot at getting legislation passed at the state level. I have learned that if you are willing to work at something for several years, you are more likely to get what you want.