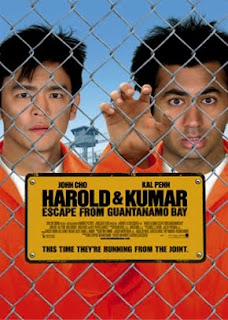 The Bush Administration got lots of Democrats worried about abuses of executive power. Unfortunately, Obama doesn't have strong incentives to rein in executive power, since he's the President. And if people in Congress ever saw themselves as some kind of unified legislative body whose interests were in opposition to the executive branch, it was been before my time. I only know them as partisans. So you're not going to see Democratic legislators rise up en masse and make sure that presidents don't do bad things. 'We're Congress and we have to rein in the president' is far from their biggest concern.

So you'd hope Republicans would be interested in reining in executive power. But just as Bush got Democrats really worried about secret prisons, unfair trials, and torture, he got a bunch of Republicans very excited about these things. So you're not going to see the Republican party do this. And that's where we are now.

What's really weird about the current situation is that you have Tea Party types with all sorts of bizarre conspiracy theories out there. Death panels are only the start of the story. (Here's a woman testifying on the floor of the Georgia State Legislature about how the Department of Defense put microchips in her "vaginal-rectum area." Apparently she's been suing people for 8 years to get the chips removed, and thinks that people around her are using cell phones to activate the chips. The Republican sponsor of the bill, who I imagine invited her onto the floor, was sitting right next to her. The point isn't to mock the poor crazy person -- it's just to say that the contemporary GOP is a place where people like that can get farther than they would in any sane political institution.)

You'd think that you'd be able to use their paranoia to get them organized in favor of restrictions on executive power, and possibly move some Republican legislators. (Do you want Barack Obama to put you in jail without a trial?) But somehow the conspiracy theories aren't running in the right direction. I haven't seen anything on this talked about in coverage of the Tea Party groups. I'd like to see numbers like Nick has below on these questions.

Maybe we need to communicate with them in their own language. Forget the blogs -- we need people to write overblown conspiracy-theory chain emails that Obama is going to torture Tea Party patriots in Guantanamo if you don't call Jeff Sessions and tell him to support restrictions on executive power right now.
Posted by Neil Sinhababu at 4/21/2010 07:33:00 AM

Is there any way we can make a buck off of this? Like, put together some sort of right-wing X-Files TV show?

Or would the research we would have to do to make that show successful destroy our souls?

The best scheme I've yet heard along these lines is actually kind of interesting: political risk insurance for individuals. "We pay for your defense if Obama locks the conservatives in a concentration camp" kind of thing...