Who Chased A Bad Curveball? 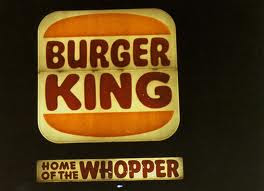 Now that WMD liar Curveball (Rafid Alwan) is back in the news, it's worth noting that this guy wasn't some kind of world-class master of deception. He was a recent Iraqi immigrant working at a Burger King in Germany, and his fellow Burger King employees knew he was full of crap.

In early 2002, a year before the war, he told co-workers at the Burger King that he spied for Iraqi intelligence and would report any fellow Iraqi worker who criticized Hussein's regime.

They couldn't decide if he was dangerous or crazy.

"During breaks, he told stories about what a big man he was in Baghdad," said Hamza Hamad Rashid, who remembered an odd scene with the pudgy Alwan in his too-tight Burger King uniform praising Hussein in the home of der Whopper. "But he always lied. We never believed anything he said."

Another Iraqi friend, Ghazwan Adnan, remembers laughing when he applied for a job at a local Princess Garden Chinese Restaurant and discovered Alwan washing dishes in the back while claiming to be "a big deal" in Iraq. "How could America believe such a person?"

Curveball himself may be a loathsome individual, but really there's not that much that's interesting about him. For basically any country that any militaristic faction in the US wants to invade, you're going to be able to scour the world for some lunatic from that country who'll tell you whatever you want to hear.

What's interesting in this case is that the CIA believed this crazy guy. The story here is a pretty obvious one -- the President wanted war, information to support that case would be rewarded, and the intelligence apparatus found whatever it was being driven to find. Exposing the particular people on the inside who accepted the bad evidence would be a more important story.
Posted by Neil Sinhababu at 2/16/2011 11:21:00 PM

The CIA didn't talk to any of these people, did they? You'd think this would be basic spy work, but apparently not.