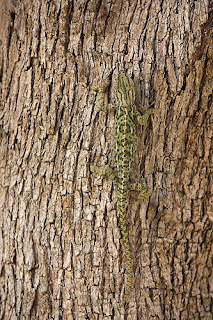 Via Matt Yglesias on twitter, Mark Cuban's basic idea is right. Mitt Romney has, at various points in his long and motley career, adopted exactly the right strategies on the two biggest economic issues of the day. Our health care system needs proper implementation of Romneycare / Obamacare. And our economy as a whole could really benefit from some basic features of the leveraged buyout system where you borrow money cheap (from China or whoever) and then make profitable investments that pay off beyond the interest you're paying. With miniscule interest rates on US government debt, we should be borrowing a whole lot more, paying the 2% interest, and funding megatons of scientific research and high-speed train construction and whatnot.

The trouble is that Mitt Romney has had a huge variety of contradictory positions over his career, and you shouldn't expect him to play your favorite song. My expectation is that he'll more or less keep the promises he's made to Republican interests, including social conservatives and especially big business. He'll compromise with a Democratic Senate when he has to, but not when he doesn't. Everything ends up as Paul Ryanish as Romney can get away with making it, with health care implementation tilted in favor of health industry corporations and against patients. The massive government borrowing favors giveaways to the rich rather than aid to state programs that help the poor. And you'll get Supreme Court justices who want to overturn Roe, and all kinds of measures to enrich the human and corporate persons of Wall Street.
Posted by Neil Sinhababu at 10/27/2012 09:00:00 AM

Our health care system needs Medicare-for-all (private insurance companies are basically just skimmers who create unnecessary bureaucracy that raises costs for employers and patients and are the real death panels that deny care or even coverage to patients who need it). Obamacare will suffice (for now) as the best thing we could pass through our dysfunctional system of government thanks to our corrupt campaign finance system and the total obstructionism of today's GOP.

(Wow that captcha is horrible. I had to refresh about half a dozen times to get something that's legible. I guess you are concerned about getting too many comments?)

Ron, what our health care system really needs is Medicare for All, and dramatic increases in funding for medical research, and a cure for cancer :)

Talking to Nick about the captcha now.

Nick did a thing! Now instead of the captcha you can log in with your Facebook or Google or Friendster or something. I hope it works better.