In 2000 Democrats Were Mad About Florida And Bush v. Gore, Not The Electoral-Popular Split

With some chance of Romney winning the popular vote while Obama wins the electoral college people are speculating about a reverse of the 2000 outcomes. FiveThirtyEight puts the probability of this at 5.3%, with the opposite split at 1.9%, while old Bush political consultant Mark McKinnon says "it’s a 50/50 possibility — or more." (I have greater faith in Nate's numbers -- my guess is that Karen Tumulty's story just contains quotes from the people who think it's the most likely.)  Josh Marshall describes how "Democrats were crushed and outraged."

People rightly remember a lot of Democratic outrage after the 2000 results, but I worry that people are misremembering what exactly it was about. It wasn't really about the popular vote - EC split. Some people wanted to get rid of the electoral college (I still do; state boundaries are arbitrary and I see no good reason to use them in determining who wins a presidential election). But Democrats fully accepted the legitimacy of the electoral college for that election, on the general principle that those were just the rules of the game. Democrats weren't happy that things turned out as they did, but the general view wasn't that Bush was an illegitimate president because he didn't win a plurality of the popular vote. 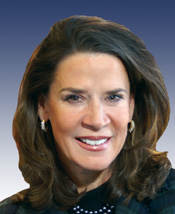 The real reasons for outrage were in the nakedly partisan behavior of the Supreme Court, in trying to shut down further vote counting that might've given Gore the victory. You can read Scott Lemieux' 10-year retrospective for more on that. There was also a lot of frustration with the pre-election mischief of Katherine Harris and the Florida state government, which provided African-Americans with mistake-prone voting equipment and erroneously purged many of them from the voter rolls. There was also the weird business of the 'butterfly ballot' which confused enough elderly Jewish voters into voting for Pat Buchanan to swing the election. There was also Ralph Nader, though that's it's own issue.

In short, Democratic outrage after 2000 wasn't so much about the electoral college as it was about the sense that a plurality of Florida voters had gone to the polls trying to vote for Al Gore, and because of a variety of shenanigans the state had recorded a plurality of votes for George W. Bush.  The electoral college wasn't the thing.
Posted by Neil Sinhababu at 10/26/2012 10:10:00 PM

I dunno, I was mad about the electoral/popular split too. And in retrospect I'm incredibly mad at the press on all counts.

Really? I mean, it's a totally stupid rule, but it's a rule. Harris and the Supreme Court were acting malevolently and in violation of institutional rules and precedents.

I am... with Monsieur Beaudrot! Electoral college has always been bullshit - it's just a way to screen true direct election, from the same folks who brought you appointed senators. I'd be happy to dump the whole kit and kaboodle.

This hardly redeems any of the active villains in this tale.

Can't forget the Duval County ballot, with the "vote on every page" instructions, and a Presidential ballot that went on for - oops! - two pages.

It's an everlasting shame that the Duval County ballots couldn't have been re-examined, to see how many votes for each of the two major-party candidates were disqualified solely due to voting for a minor-party candidate on the second page.

Or the Brooks Brothers riot.

Or accepting absentee ballots from overseas, largely from military bases, that were mailed after Election Day.

Plenty to get mad about, about the 2000 election, within the actual rules that applied to that election.

Not to mention, the Bush campaign was preparing to protest a split decision if they'd been on the other side of it; they were ginning up their machinery to twist electors' arms to change their votes if they won the popular vote but lost a close EC count.

Oh yeah: since you don't have Disqus, and apparently my Typepad login doesn't work over here, I'm reduced to an alternate handle from my LJ days.

Regardless of the outcome of 2000, and the potential outcome of this election, the EC is antidemocratic and stupid, as it basically disenfranchises most of the country.

If you're not a resident of Nevada, Colorado, Wisconsin, Iowa, Ohio, New Hampshire, Virginia, North Carolina, or Florida, you're not really part of this election.

If Presidential elections were decided on popular vote, as they should, then a vote would be a vote, wherever it was located. If a Presidential candidate can persuade 100,000 undecided voters to vote for him, it really shouldn't matter whether they're in Ohio or Texas, in Wisconsin or California.