Why Michael Brown Is Talking 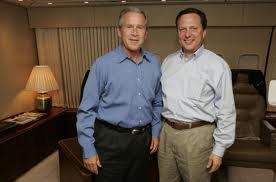 It was astonishing to see Michael Brown of Bush-era FEMA infamy criticize the president for his response to Hurricane Sandy. It was doubly astonishing that his criticism was that Obama had responded too quickly.

I was wondering how this could even happen. Doesn't he realize that he has anti-credibility on disaster issues? That he reminds people of the worst domestic events of the most recent Republican Administration? That he's destroying his party by opening his mouth and making a ridiculous criticism at a time like this? Why is he even talking? Has he secretly turned against the Republican Party? The explanation, as it turns out, is a lot simpler than that.

I'm hoping that Obama responds directly to Michael Brown's comments. You couldn't ask for a better foil. Obama is in great shape if he's running against Bush, and Brown gives him a way to do that. With luck, Brown will fire back in a further incompetent way, giving Obama another chance to respond, as Mitt Romney tries to regain control of the situation. And then there will be an election.
Posted by Neil Sinhababu at 10/31/2012 04:55:00 AM