I'm feeling good about the presidential election, for the same reasons as before. While I don't really understand what Nate Silver is doing with some of his more complicated Senate stuff, I trust his presidential numbers, and they seem to give Obama a floor of support slightly above Romney's ceiling. 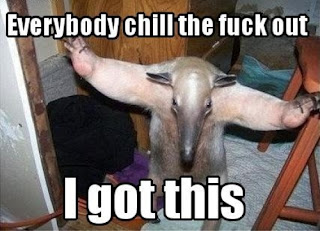 The last debate is about foreign policy, and I don't see Romney doing very well there. Things have gone well enough in foreign affairs that there's not much a Republican can criticize. The Iraq War is over, Osama was killed by American soldiers, the Libya war mostly went well, and we haven't gotten into any mass-casualty foreign conflicts. The only things that can really be criticized, like Afghanistan and Guantanamo, are the sorts of things that Republicans are in no position to go after Obama on. We might even see more weirdness from Romney like the Libya issue at the past debate.  I wonder how often he'll end up expressing weird right-wing memes rather than saying anything that could possibly impress swing voters.
Posted by Neil Sinhababu at 10/21/2012 11:52:00 AM