I'm liking the Paul Krugman / Jonathan Bernstein point about how journalists shouldn't be obsessed with scoring secret information from insiders, and how a rigorous method for analyzing publicly available polling data is really what you want in predicting elections. 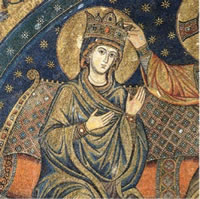 There are political systems in which you'd want insider information to help you figure out who would rule. If we were ruled by nobles who fought wars, you'd want some military insider to tell you whether Obama's archers were well-supplied with arrows or whether Romney's cavalry was tired.  Or in a more peaceful time, you'd want an insider from the court to tell you who the king was likely to choose for various officers.

In democracy, the question of who rules is settled by the voting public, not by insiders or anything they have special access to. Polls allow you to simulate elections by asking a representative sample of the voting public. In old times they didn't have as many polls, so you couldn't figure things out with that much accuracy. But now there are like three polls of Ohio every day so you can. If Nate Silver (and Sam Wang, and Drew Linzer, etc.) aren't the kinds of people to turn to for information about who's going to win, you're probably not in a modern democracy.

Where does this leave pundits who talk to insiders to figure out what's going to happen? Not necessarily in a bad place -- there are plenty of important decision points that aren't in early November, where things look kind of like military strategy (so how will Democrats bargain about the fiscal cliff?) or court intrigue (Veepstakes and nominations). Even in these cases, there's a lot to be said for the public data, but conversations with insiders will be a useful source of information. But when it comes to elections, why would you turn to anybody but the poll-averaging quants?
Posted by Neil Sinhababu at 11/03/2012 12:42:00 PM