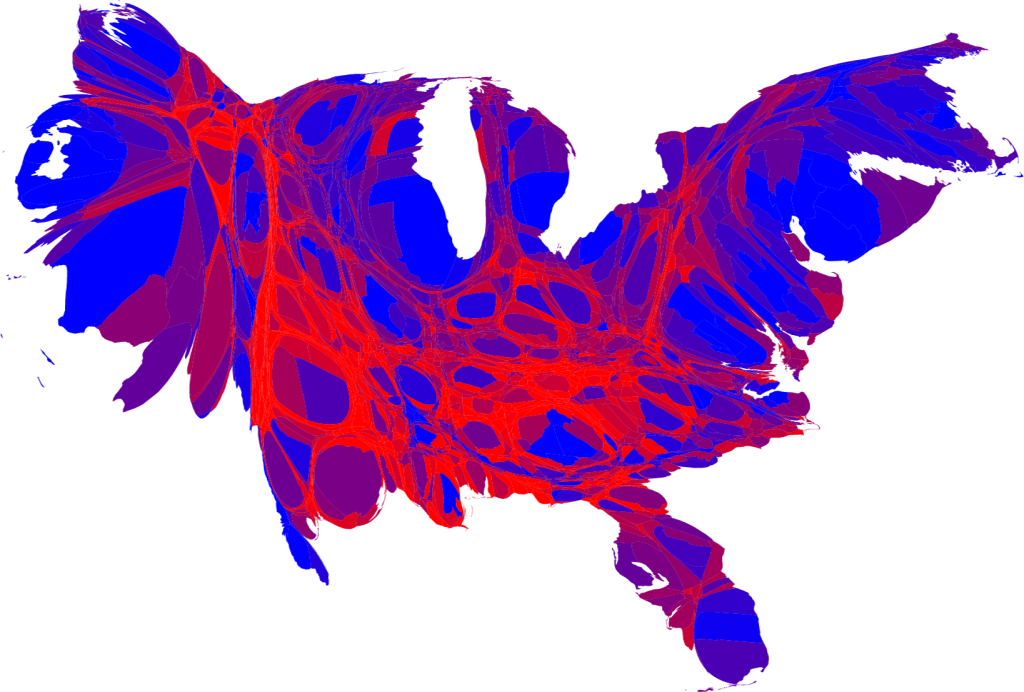 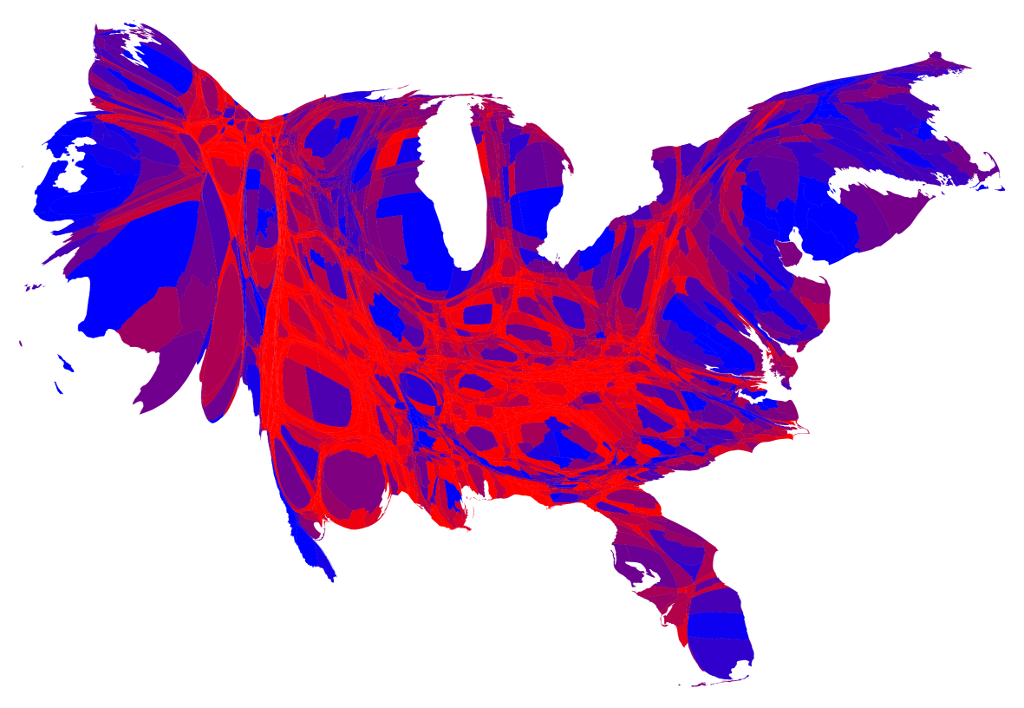 If you look closely enough, you can see that these two cartograms of the 2008 (left) and 2012 (right) elections are slightly different. The most recent election is definitely a brighter shade of red in the Ohio River valley and the Appalachians; the Upper Midwest is more purple than blue; and a few cities have turned even deeper blue. But the differences are generally quite small. There's nothing on par with Al Gore being reduced to an urban+suburban candidate in 2000, or even Bill Clinton's slow erosion of Southern support in 1996. Despite the weak economy, Barack Obama's electoral coalition has proven remarkably stable.
Posted by Nick Beaudrot at 11/09/2012 03:00:00 AM

Looks a lot like this one to me -- metro megaregions vs. rural: