The Werewolf Sails At Dawn 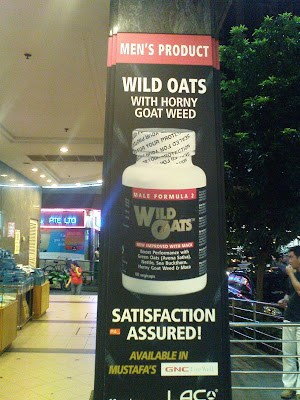 Well, not sailing, actually, but my flight from Singapore to San Francisco leaves at 6 AM. I'll be in Burlingame with my family -- it's at the south end of the BART so I can go places without too much difficulty -- from the 12th to the 26th of December. Then I'll go to DC from the 26th to January 5. Back for a quick stop in San Francisco, and I'll be back in Singapore on the 9th in time for our first department meeting of the new year.

If you live in either of those areas and would like to hang out with me between now and then, send an email. I'm neiladri at gmail dot com.

Has Mickey Kaus posted any reviews of this product?