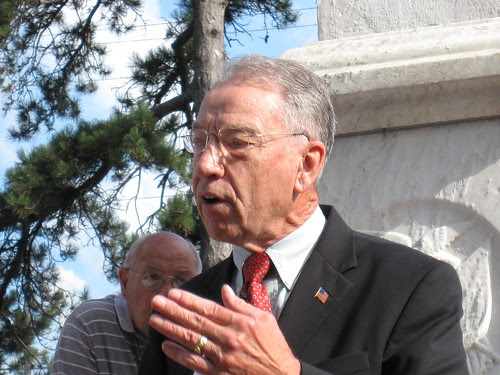 MyDD writer Transplanted Texas observes that the following bills were unable to earn the support of 75% of the Senate
Under Chuck Grassley's standards the only bills that are truly bipartisan were Social Security, Medicare, and welfare reform. The Senior Senator from Iowa wishes to consign America to an awfully sparse and ineffective federal government.
Posted by Nick Beaudrot at 8/22/2009 10:48:00 AM