Janet Yellen And The Ornithology Of Macroeconomics 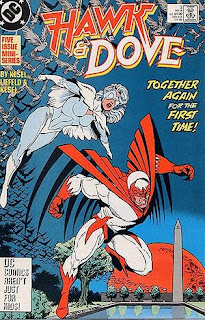 How did this become the ornithology of macroeconomics?

Yellen is considered a dove on monetary policy, meaning she is more concerned about high unemployment than rising inflation. As vice chair she would be the second highest ranking Fed official.

The dove/hawk metaphors are odd in the first place. Why are we taking bird metaphors for war and peace and extending them to consequences of monetary policy? This just leads to silliness. Is Al Gore a CO2 hawk? Is James Inhofe a pollution dove? How about Mario and Luigi -- Koopa Troopa hawks?

And then there's the question of why we tie the bird metaphors to inflation rather than unemployment. Why isn't Yellen called an unemployment hawk? When I read these terms, I get the feeling that somebody won a terminological battle a long time ago, and the other side had no idea that the battle was going on.

But anyway, thanks for finally getting around to this, Barack. (Paul Krugman is happy with our new avian friend. I don't understand the issues well enough to know what to make of Brad DeLong's semi-positive response.) Now go appoint two more birds who will fly around and eat all the unemployment rats, or whatever.
Posted by Neil Sinhababu at 3/12/2010 05:24:00 AM

I think of the italian plumbers as Goomba hawks, but six to one, have dozen to the other.

Actually saying Inhofe is a "pollution dove" sounds like great framing and has the side benefit of being accurate.

Yeah, Ron, makes me think of him as a diseased pigeon that craps everywhere.

Janet Yellen was a trending topic on Twitter today. I covered it on my show http://bit.ly/cZ2Ji4