Team Dwight Has No Players 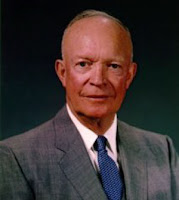 I remember Josh Marshall asking last week whether health care reform was the end of Mitt Romney's hopes for the 2012 Republican nomination:

If the Republicans want to make Obama's signature piece of legislation a centerpiece of their 2012 campaign (and it's hard to imagine they won't since what else will they run on?), they can't very well run a candidate who supported and passed close to an identical bill. It's a no-brainer.

Obama has passed Romneycare (that's what Brad DeLong is calling it) and Republicans think it's all death panels. So Mitt is denying the similarities and blaming Democrats for his own unwillingness to bring Republican support for the proposal -- "what I see in Obamacare is a very different piece of legislation — and one that followed a very different track. In our case, our bill was carried out in a bipartisan basis." As Matt says, it would've been a bipartisan bill if Mitt Romney had stuck to his previous support for a similar policy, come out loudly in favor and pressured the Maine Senators and others to vote for it.

There's a decent long-term plan here too. Mitt could've been the sensible moderate Eisenhower Republican in a Tea Party / death panel era and supported the bill. Of course, he couldn't change the world enough to make that identity a winner in 2012. But who knows what the world will look like in 2016? Maybe after repeated crushing defeat, the Republican Party reshapes itself and the moderates finally win out. And maybe Obama's successor ends up being a far inferior politician, allowing Romney to win. Even if the process took until 2020 when he'll be 73, less handsome men have won Republican primaries at that age. And if the history of universal social programs in America is any guide, there would by then be a fairly robust pro-Romneycare faction of the GOP waiting for him.

Of course, Mitt isn't the guy to make a long-term plan like that, because he's always changing his views to whatever will win him the next election. The election after the next election? He doesn't think that far ahead. Or maybe he does think that far ahead, and he thinks he can just change back. For all I know, that could be the right play. He's switched his views so much in the past that he's given up on the consistency vote, if such a vote exists at all.

So that's Mitt's thing. But if he won't do it, won't somebody stake out moderate Republican territory? And I'm not just asking this out of some wish for the Republicans to return to rationality, though I do wish for that -- it makes America and the world a lot safer. It seems like there's a long-term opportunity for whoever becomes captain of Team Dwight and waits for the other players to fill in around him. I know that people have to win their primaries and stuff, but somebody out there has to be positioned to go for it. As it stands, the opportunity is greater than the number of Republicans pursuing it. Lots of things are greater than zero.
Posted by Neil Sinhababu at 3/30/2010 08:09:00 AM

Hmmm, maybe Meghan McCain. But that'll take a while.

I'd rather see the structural impediments to third parties removed. Particularly, runoff voting (instant or otherwise) would allow people on the left to vote for a third-party candidate without electing a Republican, and people on the right to do so without electing a Democrat. Also, allowing multiple parties to have the same candidate on their ballot line for a given office, as New York state does, would be helpful.

I don't really hold much hope of the GOP's regaining its sanity in the next couple of decades, if ever. I really believe opening the door to a more competitive political market would eventually get you a new pair of dominant parties that would tussle back and forth, both of which would be sane. And this 'eventually' would come a lot sooner than the GOP's becoming sane, IMHO.

I hadn't connected those issues before. Another reason to like IRV.

At this point, Meghan definitely has the qualifications to be a contender.

l-t c, I think we kind of do have run-ff voting now. They are just called primaries. Certainly, after the massive media storm surrounding the Obama/Clinton face off, primaries have become a more noticeable part of our electoral system.

I don't really know what is happening with the GOP. The way I see it, either they regain power, then BOOM! or Obama slowly grinds them to dust over the next 7 years. If that happens, either they will turn into a completely new type of party, as one of the wings will purge the other, or they will remain some kind of right-wing nub in our political system, just a backwater for our dwindling number of racist nutjobs, and the democratic party will swell to such a large portion of the political spectrum that a third party will emerge to it's left. Who knows?

Corvus - while Presidential primaries are the norm, they're still very much the exception in Congressional races.

I think a world in which contested primaries were just as much the norm as contested elections would be an alternate route to a more fluid political landscape.

And if we could have organized 'party within a party' groups that were allowed to raise money in the same way that the parties themselves did, then you'd really have something: people could give money to a Progressive or a Blue Dog sub-party within the Democratic Party that would each run primary candidates in as many districts as possible.

In that universe, if the GOP stayed crazy, the intraparty contests between Progressives and Blue Dogs could supplant the interparty contests between Dems and GOP as the focus of most voters' "throw the bums out" ire. The GOP would still be there, because the crazies have to have somewhere to go, but it would be a regional/rural party representing maybe 1/4 of the electorate, and would lose all national elections.