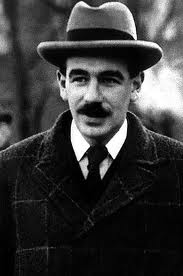 There seems to be a pretty strong consensus among people I agree with on stuff that now is a good time for doing fiscal stimulus. Those considerations push in favor of spending money on munitions and manpower for the intervention in Libya, right?

If this were a situation in which the economy were running at full tilt and military spending distracted workers from doing something else that was useful, that would make things a lot more complicated. But it's not! It's time to borrow money at really low rates and spend on everything useful, including hiring more teachers and building more trains and blowing up Gadhafi's tanks.

This is, of course, assuming that you think the war in Libya is a good idea on non-fiscal grounds. But if you do, you shouldn't be worried about the fiscal consequences in this particular economic climate.
Posted by Neil Sinhababu at 4/04/2011 03:37:00 AM

I guess this makes sense in a world where this is entirely deficit financing? But it seems that this mission (not a very alrge expenditure in the sense of things) is both coming out of defense equipment already paid for, AND giving conservative reason for more non-defense discretionary funds to cut. Bad both ways from a Keynesian standpoint.

I guess it depends on when we replenish existing equipment stocks. I don't really see that this is going to have any broader effects on non-defense discretionary though.