The Optimal Distribution Of Lust

Kay Steiger writes that "Women who discount men because they are short are, well, kind of bigots." If that's bigotry, we're all bigots in some way or another. We're all turned on and off by a wide range of things that look completely arbitrary from any objective point of view. Is the only non-prejudiced sexual taste a kind of omnivorous bisexuality? Are we supposed to all converge on a set of specific and objective norms for hotness? These ideas sound crazy, but I'm not making fun of Kay here -- these issues are hard, and it can seem like any principled answer commits you to absurdities.

I don't think that considering the evolutionary fitness of various traits is going to help here. Even if it promoted reproductive fitness back in the Pleistocene to love only tall or skinny or wealthy or strong people, looking at whatever promoted reproductive fitness back then is just a terrible way to determine norms for modern-day conduct. (I'm pretty sure that the amount of murdering I want to see in contemporary society is less than the amount that promoted individual fitness back then.) It's fine to accept that stuff from back then shapes our instinctual preferences. But it's silly to actively promote Pleistocene-era standards as the right ones. A better approach would be to look directly at which norms for attraction help everyone live happier lives. So let's do that.

First, it's good for people if their romantic tastes can be more easily satisfied. If you're a man who doesn't like heavier-than-average women or a woman who doesn't like shorter-than average men, you're missing out on romantic opportunities with a half of the population that's more likely to be available, and that raises your risk of being sad and lonely. It's bad in general if you like a very narrow range of people whom everybody else likes, because then everyone you like might already be taken. So it helps you to have broad tastes. Or failing that, to not have the same narrow tastes as others. 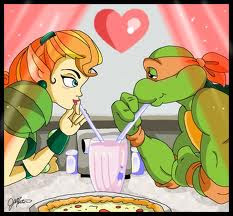 Second, it's also good for everybody if more people like them. Being liked by one person is way way better than nobody, but having people be attracted to you has a diminishing marginal utility -- beyond a certain number, it doesn't add to your life that much. So making sure attraction is fairly well-distributed doesn't require everybody to be attracted to everybody. It just requires that some people like those whom others don't like. Again, broad tastes are great, and we really want to avoid everybody having the same narrow tastes.

Obviously there are some unhealthy traits that we wouldn't want people to be attracted to, because those would lead to unhappy relationships and/or encourage destructive behavior. But setting aside those things, it's best for people to have broad preferences, and for everyone to be wanted. All these problems are solved by having an even social distribution of attraction, where people don't all like the same things.

So does that mean there's something wrong with you if you're attracted to the people whom everyone else likes? I don't know if moral criticism involving the language of bigotry is helpful here -- for people who are already set in their ways, no amount of thinking "gosh it'd be so much better for me and others if I liked short men / women who share my swarthy skin tone* / humans who have penises" is going to change things. (I've starred my notable failing.) This is unlike usual cases of moral action, where conscientious people who have been morally persuaded towards the right view can do the right thing. Knowing that it would've been better for everyone if I felt lust for a particular woman doesn't make the lust actually go.

Unfortunately, social forces in mass culture are organized so as to push on everybody in roughly similar directions, causing them to like the same narrow set of traits. Our instincts, with their common evolutionary history, do a similar thing. We need to keep these forces from leaving lots of people lonely and unloved. But how?

There are some cases where you can strengthen or weaken someone's feelings about something by commendation or criticism. So if one of your female friends confesses an attraction to short men, express your admiration and tell her that more women like her would make the world a better place! And if one of your male friends expresses his desire for a heavier-than-average woman, for goodness' sake don't make fun of him! And I literally mean for goodness' sake -- for more good things to happen, we need currently unusual preferences to be more widespread in people.
Posted by Neil Sinhababu at 4/15/2011 05:57:00 AM

Warren Beatty made a principle of sleeping with unbeautiful women too. This is not my usual joke. He really believed in spreading the love around.

Plenty of people base relationship decisions on things other than lust. Most of us, in fact, don't end up dating (or married to) people whom we consider "objective 10s", but nice, reasonably attractive folks whom we find philosophically or morally compatible. The problem comes in, as I see it, not when someone confesses that they just aren't attracted to short men, but when they selectively refuse to even consider anyone under 6'2", even though they themselves are only 5'3". It's the same phenomenon as fat men who refuse to date women the same size as they are. Sure, the 6'2" may be more attractive than the 5'9", but 5'9" is still attractive.

When it comes to food, we encourage one another to broaden our tastes and try new things. And trying new foods can really change your preferences. Few people start out liking broccoli, but with a little willpower you can come to like it. If people thought differently--if your food preferences were regarded as beyond your control, something that you and others just have to live with--then I would think most people would have pretty similar narrow tastes in food. Maybe romantic tastes are the same way. Maybe if we started looking down our noses at people with narrow romantic tastes, in the same way that we look down our noses at people with narrow food tastes, then we'd have more people who love whatever is the romantic equivalent of broccoli.

Heather, I agree that being satisfied with a broader range of non-ideal people is a good thing. But I'm being more ambitious here, and trying to set things up so more people can get their first choice. It's actually possible, if everybody wants different things.

Unfortunately, there's actually a pretty good consensus about attractiveness in this world. Look at Hollywood start, who are selected for attractiveness in order to draw audience. (films are the primary focus of contemporary sexual fantasy, just as ballet, opera, and drama were back in the stone age).

Most people also know where they fit in the hierarchy and what their merits and demerits are, though they may be in denial if they have too few merits, and they may far overestimate or underestimate themselves from depression or cockiness. But there's really no one who thinks that being 40 pound overwight with clammy skin is attractive; they just minimize their actual problem in that regard.

The general consistency of preferences tends to make the world of love pretty vicious. Love (like bipolar disorder, for example) is a mental illness which has survived in the gene pool because it sometimes has a good effect.

I have actually had more than one female friend express a preference for slightly overweight men because they are pretty sure they will take them out for nice dinners.