Copyright And The Distribution Of Wealth 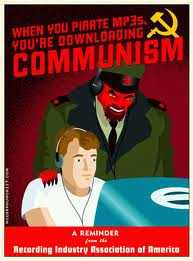 I agree with the principle Julian Sanchez forcefully expresses about copyright:

We are all the massive beneficiaries of millennia of accumulated human scientific knowledge and cultural output, and not one of us did anything do deserve a jot of it. We’re all just extremely lucky not to have been born cavemen. The greatest creative genius alive would be hard pressed to create a smiley faced smeared in dung on a tree trunk without that huge and completely undeserved inheritance.

So banish the word “deserve” from your mind when you think about copyright. Nobody “deserves” a goddamn thing. (I say this, for what it’s worth, as someone who makes his living entirely through the production of “intellectual property.”) The only—the only—relevant question is whether a marginal restriction on the general ability to use information incentivizes enough additional information production over the long run to justify denying that marginal use to every other human being on the planet, whether for simple consumption or further creation. That’s an empirical question, and while I strongly suspect the answer will generally be “not by a longshot” beyond a whole lot more limited level of protection than we currently provide, I’m happy to be persuaded otherwise along any particular dimension.

Much of Julian's post deals with the fact that sometimes corporations hold copyright, and sometimes original creators do. He wants you not to care whether the copyright is in the hands of the big faceless corporation or the clever artist with good fashion sense.

Usually this is where I'd start having distributional concerns. I'm in favor of doing various things to disadvantage corporations and help ordinary people. This is for the standard progressive reasons. Poorer people can get more fun out of a fixed amount of money than rich people who own corporations, and the rich are good at using their wealth to tilt systems in their favor beyond what would be optimal for society. So usually if you're doing something tricky to shift power away from corporations and towards ordinary people, I'm with you. (I don't know what in particular Julian is arguing against in the post.)

But I'd be surprised if expanded copyright protections are ever any kind of effective way to help the poor at the expense of the rich. Especially in a global market, commercial success in creative endeavors will be a winner-take all game where a few get incredibly rich and most people don't make any serious amount of money. Expanded copyright protections are just going to promote the concentration of wealth in a small number of hands. It'll be best for most people if they're allowed to use stuff without having to pay anyone for it. We just have to make sure we don't stop people from creating new stuff by ruining the incentives, and I agree with Julian that copyright protections could be weakened quite a bit without any problems along those lines.
Posted by Neil Sinhababu at 4/01/2011 10:18:00 AM

I used to think that poster was funny. Now it is a goal.