Medicaid For The Middle Class: A Feature, Not A Bug 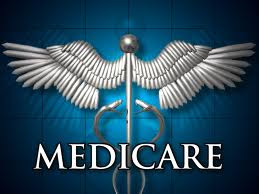 There's a big freakout in Washington about a surprising consequence of the Affordable Care Act: Americans making up to $64K could get insurance nearly free under Medicaid! Orrin Hatch says it's unacceptable. Government actuary Richard Foster says it keeps him up at night. HHS spokesman Richard Sorian says that they're trying to figure out what to do about it.
Politicians have done something that benefits the middle class. This is not something to be horrified about! There seems to be some kind of assumption here that government spending is only supposed to be charity for poor, not a way to help everybody. That's a disastrous assumption that nobody interested in advancing human well-being should make. Some services work so that having the government provide them is more efficient. Other services work so that having the government provide them is less efficient. We should be eager to spend government funds on providing services of the former kind, regardless of who's receiving them.
Government-run health care systems are more efficient generally, and Medicaid is no exception. Since Medicaid holds costs down better than private health insurance, it's a step towards getting American health care costs under control. As Paul Krugman says,

And check out the research:

The simulations demonstrate that if people with Medicaid coverage--with their health status, disability, and chronic conditions--were given private coverage, they would cost considerably more than they do today. Conversely, if the privately insured were given Medicaid coverage, spending would be lower.

Putting people into Medicaid is a good thing, and it shouldn't stop. If smart Democratic health care wonks in the bowels of some Congressional office are giggling with glee right now about having gotten this into the legislation, I'll be happy to buy them some booze for a party. Schedule it for after we stop Orrin Hatch and company from undoing the good work.
Posted by Neil Sinhababu at 6/22/2011 12:10:00 AM