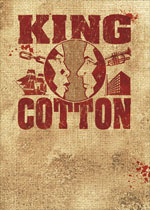 Emelie Peine presents an amazing story of American agricultural policy gone horribly wrong.
It starts with the WTO finding that American subsidies to our cotton industry violate trade agreements with Brazil. After America doesn't get rid of the cotton subsidies, Brazil threatens to retaliate by imposing tariffs and -- scariest of all -- pulling out of intellectual property agreements so as to let Brazilian farmers use American seeds from Monsanto and Pioneer without paying for them. It looks like the US government is caught in a bind between two interest groups: they can either drop the cotton subsidies and hurt Big Cotton, or let the agribusiness giants lose their seed profits.
But they thought up a clever solution. They could satisfy trade agreements to Brazil while making all the interest groups happy by just subsidizing Brazilian cotton too! And that's what $147 million of your tax dollars do every year.
(I've spent about 20 minutes trying to get the roll call of the vote on Ron Kind's amendment to eliminate this $147 million expenditure, which was defeated on February 18, 2011. Unfortuately, it's really hard to find information about who voted for and against a failed amendment. It could be this thing, but I don't know.)
Posted by Neil Sinhababu at 6/06/2011 01:58:00 AM

Give the info, it has to be one of these votes-

You could find out for sure by looking through the house journal that day.

Thanks, David! I'm guessing the second of those, since I read the "Amendment 89" detail somewhere else.